Synopsis:
Not satisfied with the money they got from robbing a gas station the previous night, four juvenile delinquents decide to return and start running the station themselves -- holding the staff hostage and collecting cash from the customers!(Flixter)

Synopsis:
The title of novelist Lucía Puenzo's subtle, thoughtful first feature film, XXY (the third letter is actually a fractured 'X') refers to genetic coding and, most particularly, to the hermaphroditic condition of the 16-year-old Alex, daughter of an Argentinian marine biologist and his wife. They're loving parents who have constantly moved from place to place to protect her from exposure and ridicule, and the time has arrived when they must to decide whether to have a major operation, and which way it should go. Things come to a head when the mother invites a plastic surgeon skilled in sex-change operations to spend the weekend with them, bringing his wife and their 15-year-old son. It's a fraught occasion, tenderly observed, quietly understated and deeply moving..(Observer) 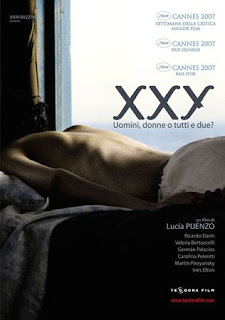