Two hitmen, one gangster's wife, one boxer and two petty bandits. If
anybody has missed out on the Pulp fiction phenomena- here is your chance
to dive in!

The QUOTE of the film:

"The path of the righteous man is beset on all sides with the iniquities
of the selfish and the tyranny of evil men. Blessed is he who in the name
of charity and good will shepherds the weak through the valley of
darkness, for he is truly his brother's keeper and the finder of lost
children. And I will strike down upon those with great vengeance and with
furious anger those who attempt to poison and destroy my brothers. And you
will know that my name is the Lord when I lay my vengeance upon thee."
(Bang) 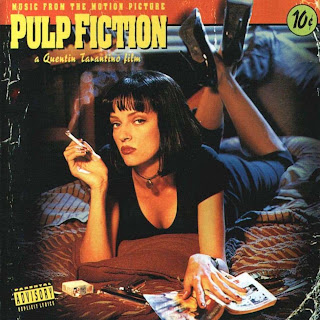 [In the 2002 Sight & Sound critics' and directors' poll, Kaagaz Ke Phool
was ranked at #160 among the greatest films of all time]

Kagaz ke phool is an agonizing, self reflexive, semi autobiographical film
which many consider as his finest. Although the film was a box office
disaster, it is now achieved a cult status.

It was a commercial hit though, at its 1984 re-release in France and
Japan. Critically acclaimed even at time of its release, it is often
listed in top ten Hindi movies of all time listings today. The film is
regarded by many as India's equivalent of Billy Wilder's "Sunset
Boulevard".[courtesy: wikipedia]

Suresh Sinha, who comes from a poor background, makes it big in the
Bombay-based Indian film industry as a Director especially for the movie
"Zordar". He meets with Veena Varma, both are attracted to each other and
get married. Soon a daughter named Pramila is born. Then Suresh meets with
débutante Shanti and falls head over heels in love with her and begins to
promote her career. Veena, on the other hand, dislikes the film industry
and does not want it to influence Pramila, as a result disagreements arise
between her and Suresh, and they decide to separate, with Pramila staying
on with her dad. Then things take a turn for the worse when Veena's dad,
Rai Bahadur B.P. Varma brings about a legal action against Suresh for
custody of Pramila. The Court decides in Varma's favor and Pramila moves
in with her mom and grandparents. This devastates and shatters Suresh
completely, all the more when he finds out that Shanti has quit the movie
industry. He loses focus, unable to concentrate on his career due to heavy
alcohol drinking, which ends in his entire estate being auctioned to pay
off his debts, and he becomes a homeless drunk. Shanti is compelled by a
Court decision to return to acting and to comply with her contract, while
Suresh tries for a comeback as an extra in a movie with lead actress being
Shanti. The question remains will Suresh make a successful start as an
actor, and will Shanti and he start a relationship. [from the DVD cover]

1. India's first film made in 75mm cinemascope. V K Murthy, the
cinematographer won the 1960 Filmfare award for the film.
2. The melody of the song "Hum Tum Jise Kehta Hain Shaadi" was inspired by
"Que Sera, Sera (Whatever Will be Will Be)," which was written by Jay
Livingston and Ray Evans and appeared in the film The Man Who Knew Too
Much (1956) [courtesy: imdb] 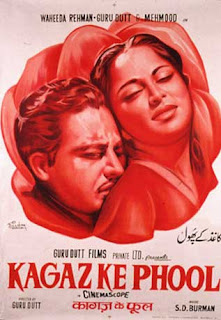