Quotes from the film (all by Giulio Andreotti)

"We learn from the Gospel that when they asked Jesus what truth was, he
did not reply. "

"You always find the culprit in crime novels but not always in real life. "

"The most difficult dictatorship to hate is your own."

"I know I am an average man but looking around I do not see any giant. "

"Thinking ill of your fellow man is a sin, but you have guessed right."


You'll get everything about the film you wanted to know here:
http://www.ildivomovie.com/

Must must must read according to me: (A short introduction to Giulio
Andreotti)
http://en.wikipedia.org/wiki/Andreotti 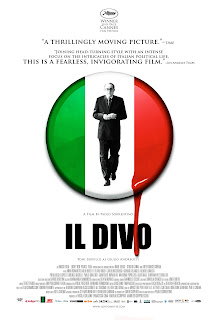 Three homeless friends: a young girl, a transvestite, and a middle-aged bum.

While foraging through some trash, they find an abandoned newborn. Hana, the transvestite with delusions of being a mother, convinces the others to keep it overnight. The next day, using a key found with the baby, they
start tracking down the parents, with many adventures along the way.(source: IMDB.com)

Happy new year to everyone.

Plot synopsis: During the "Occupation of Iraq", an Explosive Ordnance Deal team goes about disposing live bombs while risking their own lives for the cause.

The film is about their estranged life conditions in a place where every man is a potential enemy and every object a possible bomb.

"The Hurt Locker" is an immaculate character study of a cynical bravado (one Staff Seargent William James) for whom his own recklessness is more of a coping mechanism in the sandbox. The film stays honest while managing to avoid either hero-worshipping or commiserating such a character. However, it does empathize his romance with his work and his decision making at the most nerve racking conditions, glamorizing slightly his love for the alternate high adrenaline world of war.

Rotten tomatoes tomatometer: 97% [ out of the 37 top critics, 36 called it fresh and 1 called it rotten]

Nominated for 3 Golden globes for 2010(including Best Director, Best Picture and Best Screenplay)

Nominated for Directors Guild of America 2010 for Outstanding Directorial Achievement in Motion Pictures.

2. A production bus full of Iraqi refugees (hired as extras) overturned on a road heading to production. Nobody was seriously injured. A few people suffered bruises and one person was reported to have a broken nose. [courtesy: imdb trivia section]

4. James Cameron said this about ex-wife Kathryn Bigelow's film: ""I think this could be the Platoon (1986) for the Iraq War." [courtesy: imdb trivia section]

Quotes from the Film:

1. "There's enough bang in there to blow us all to Jesus. If I'm gonna die, I want to die comfortable." - Staff Seargent William James.

2. Colonel Reed: What's the best way to go about disarming one of these things?
Staff Sergeant William James: The way you don't die, sir.

3. "You know you can shoot people out here... You don't have to throw wrenches!" Seargent Sanborn 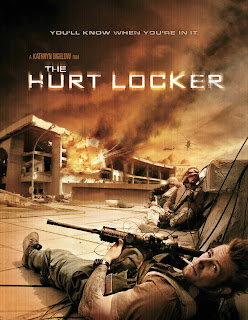 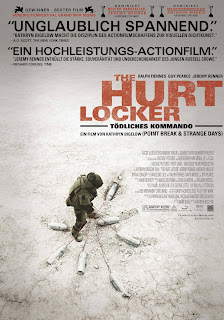 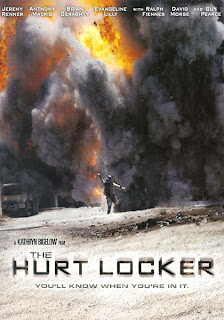