Loosely based on Homer's 'Odyssey' the movie deals with the grotesque adventures of Everett Ulysses McGill and his companions Delmar and Pete in 1930s Mississipi. Sprung from a chain gang and trying to reach Everetts home to recover the buried loot of a bank heist they are confronted by a series of strange characters. Among them sirens, a cyclops, bankrobber George 'Babyface' Nelson (very annoyed by that nickname), a campaigning Governor, his opponent, a KKK lynch mob, and a blind prophet, who warns the trio that "the treasure you seek shall not be the treasure you find." 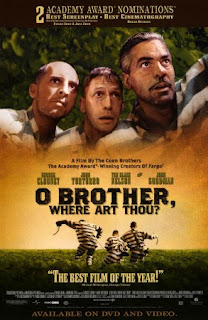 This is based on life story of Spaniard Ramón Sampedro, who fought a 30-year campaign to win the right to end his life with dignity. Film explores Ramón's relationships with two women: Julia, a lawyer who supports his cause, and Rosa, a local woman who wants to convince him that life is worth living. Through the gift of his love, these two women are inspired to accomplish things they never previously thought possible. Despite his wish to die, Ramón taught everyone he encountered the meaning, value and preciousness of life. Though he could not move himself, he had an uncanny ability to move others.

New York Daily News:
"Based on a true story, the movie has abundant humor and uplift - but it's a heartbreaker of extraordinary dimension."

USA Today:
"A monumentally moving experience, from the powerful acting by Javier Bardem to the evocative music, composed by the director, Alejandro Amenábar." 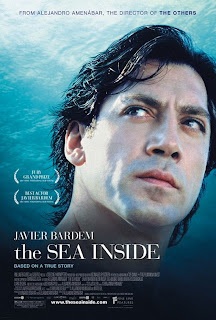 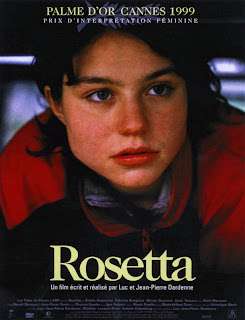 Posted by Anindya at 1:52 AM No comments: