Songlian is a university student who has been married off by her stepmother to a wealthy person due to her father’s sudden death. So she is in deep frustration as she hopes of using her education to broaden her horizons, now finds herself reduced to a small enclosure at the beck and call of her husband. Despite being given a maid (Kong Lin) and luxurious surroundings, she feels trapped inside the cheerless walls. Upon her arrival, Songlian realizes that she must keep one step ahead of her rivals, the three other wives. She also finds that red lanterns are hung outside of the house one of the wives with whom her husband wants to spend the whole night. During the first night together with her husband, she finds he is called away to tend to his spoiled third wife (He Caifei). Songlian then becomes acquainted with his other wives -- his first wife (Jin Shuyuan), an elderly woman who ignores Songlian; the third wife, an ex-opera singer; and the second wife (Cao Cuifeng), who offers Songlian friendship and helpful advice. But it turns out that the second wife's motives are not exactly innocent--she is conspiring with Songlian's maid to undermine both the third wife and Songlian. Songlian finds herself helpless bounded by the age old customs.

Banned in China for a short time in the early 1990s. 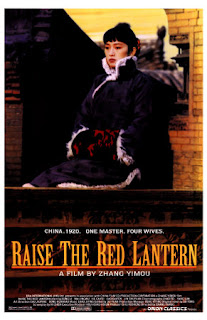 Mohammad is a student at a special school for blind children in Tehran; when summer break rolls around, Mohammad is the last student to be picked up by his family. His mother is dead, and his father who earns his bread working in a charcoal producing plant, sometimes considers abandoning the boy. However, father does eventually arrive, and Mohammad spends the summer with his sisters and grandmother at a farm surrounding by dazzling fields of wild flowers. The summer in the country is a joyous experience for Mohammad, until he discovers his father is giving thoughts to re-marrying, and considers his handicapped son to be a stumbling block in his future matrimonial plans. Mohammad grandmother cannot take it and she tries to leave the house, broken hearted she dies. How about the family, what happens to Mohammad’s father, what is waiting for Mohammad these questions slowly lead to the ending of the story. What we want and what we get may never match in our life: this truth reveals subtly. 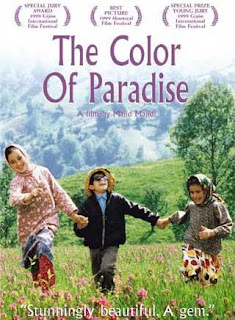 Posted by Anindya at 9:33 PM No comments:

Bimal was a professional driver and had a vintage, pre-historic shaped taxi- named Jagaddal. He drove his car in hill side and remote village. It was his life and he never allowed anybody around it. People asked him many times to buy a new one but he refused as it was his only friend. One day Bimal gave a lift to a newly married couple to a bungalow. The bride drew his attention. Soon Bimal came to know that she had escaped from her home with another. However the new guy also rejected her. Bimal got pity on the lady and he took her to the station and bought her a ticket. As she left Bimal kicked his car in frustration and the car was damaged. Bimal promised to repair it and give it a new life. But the car did not move a bit. Out of frustration, he broke its glass window. Damaged Jagaddal drew the attraction of an iron businessman. He offered money for it, depressed Bimal sold the parts and bid farewell to it. A truth of life emerged… 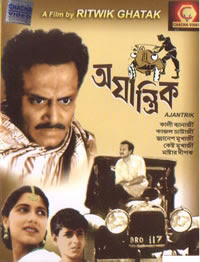 Posted by Anindya at 8:24 AM No comments: