The central story revolves around a young nurse named Alma (Bibi Andersson) and her patient, a well-known actress named Elisabet Vogler (Liv Ullmann). Elisabet has stopped speaking, and the attending psychiatrist treats the actress by sending her to an isolated seaside cottage under Alma's care. There the nurse, who must do all the talking for both women, becomes a little enamored of the actress. One evening Alma tells Elisabet about some exhilarating sexual experiences she once had and their unpleasant aftermath. Soon after sharing this confidence, the nurse reads a letter Elisabet has written and is shocked to learn that the actress thinks of her as an amusing study. The relationship between the women becomes tense, and they wound each other. Then Alma has a long dream in which her identity merges with that of Elisabet, but when the nurse awakes, both women have apparently come to at least temporary terms with their psychological problems.
Persona is difficult to characterize in simple terms, but it may be helpful to describe this complex film as being an exploration of identity that combines elements of drama, visual poetry, and modern psychology.

is considered one of the major works of the 20th century by essayists and critics such as Susan Sontag, who referred to it as Bergman's masterpiece.Other critics have described it as "one of this century’s great works of art". In Sight and Sound’s 1972 poll of the ten greatest films of all time, Persona was ranked at number five. 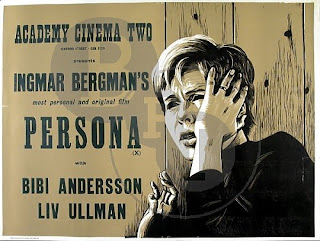