Back to Friday screening! First and foremost visit http://iitbidcfilmclub.blogspot.com for trailers, posters and comments (and please do comment)

This Friday (at the request of Prof. Bharat Seth),

Synopsis:
Amu is the story of Kaju, a twenty-one-year-old Indian American woman who returns to India to visit her family. The film takes a dark turn as Kaju stumbles against secrets and lies from her past. A horrifying genocide that took place twenty years ago turns out to hold the key to her mysterious origins.

Who is Shonali Bose?
http://www.amuthefilm.com/cast.htm

Director answers why she made Amu
http://www.amuthefilm.com/whyamu.htm

Excerpt from the "Making of Amu"
http://www.amuthefilm.com/video_whyamu.htm

And the crowd applauds at the inglorious attempt of the film curator to have successfully copied every word into the mail. 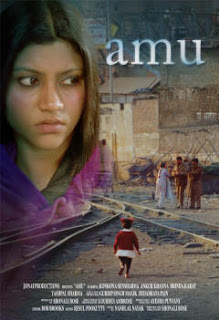